FC Barcelona: What has been their biggest mistake this season?

Share All sharing options for: FC Barcelona: What has been their biggest mistake this season?

As the title of the article suggests, I am going to tell you what I think the biggest mistake of Pep Guardiola is this season.

Was it keeping Gabriel Milito?

Could it have been loaning out Ibrahimovic? Or selling Chygrynsky and Yaya Toure?

Well, whatever you have guessed, I am 99% sure you have not even considered this.

Pep Guardiola’s biggest mistake of the season is… 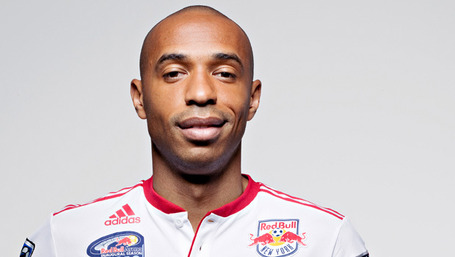 To be honest, I had forgot it was even at the start of the season, but thinking about it, it has been a huge error.

Think about it for a second.

Thierry Henry was largely ineffectual last season, but this could’ve been down to his part in Le Hand of Frog moment that knocked Ireland out of the World Cup. I liked Thierry; he was a great person, great player too, but also a huge influence on his team-mates.

At the moment, David Villa is going through a much-publicised goal-drought. El Guaje has now been 11 goals without a game, and while Sebastian thinks he should be benched for it, I think Henry could’ve solved this.

Either Pep benches Villa and goes with a more traditional winger (Henry) or Thierry could have had a word with Villa, offered his advice, given his years of experience, and Villa would be back to normal, scoring goals for fun.

Another way Henry would’ve been useful is the lack of an impact player on the Blaugrana bench.

What better impact player than the prolific Frenchman?

He creates space for others, something Barca could have benefitted from on Wednesday, is quick enough to beat tired defenders, and of course, is a huge goal threat.

So, in my opinion, Guardiola’s biggest mistake of the season is letting Thierry Henry leave for New York. But hey, what do I know?

Feel free to comment what you think Guardiola’s biggest mistake is, or if you agree with me! After all, there’s a first time for everything!