Report: After a poor finish to the 2011-12 season Victor Valdes was looking to start the new campaign on a good note. He didn't... Valdes gave up the first goal nine minutes into the season, which was the first sign that Barça might struggle with allowing goals. Of course Valdes wasn't solely responsible for Barcelona's poor defensive record, but there were moments where you could blame nobody but Victor.

One such example came in the first leg of the Supercopa de España against Real Madrid. Leading comfortably 3-1 late in the game, Valdes decided to dribble past Angel Di Maria. I'm pretty sure I don't have to tell you what happened moments later, but suffice it to say this blunder turned the tie around and cost Barcelona a trophy.

Valdes continue to be very hot and cold throughout the first half of the season, impressing in some games with fantastic one-on-one saves, but then followed that up by allowing goals that should've been saved fairly easily. Not to mention the near heart attacks for fans every time Valdes decided to leave the line to clear a high cross or play sweeper-keeper.

However, Valdes' performances began to steadily improve toward the end of the season, but we wouldn't be talking about Victor if there wasn't some stupidity involved. In the second La Liga El Clasico teammates struggled to restrain Valdes from attacking referee Miguel Angel Perez Lasa after the referee controversially didn't award Barcelona a late penalty kick. The sending off earned the Spaniard a four game suspension. Valdes also suffered a late season injury that kept him out of two games. 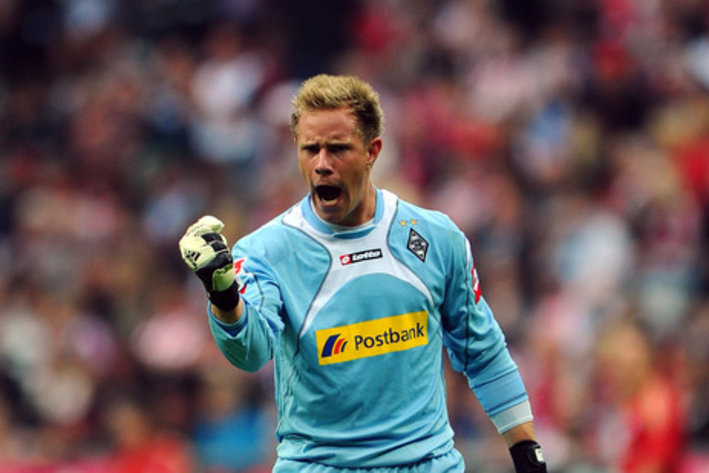 Victor Valdes may not be going after all. The third-choice captain and starting goalkeeper was rumored to already be on his way to AS Monaco after declining to renew his deal with Barca. However, it seems he wants to see out his contract.

But despite the late-season improvement in form this was the worst season in Valdes' career. The 54 goals allowed though the course of the season were a new personal "best", while the 1.23 goals/game was also a career high. This meant that the Barcelona goalkeeper for the first time since 2008-09 didn't win the Zamora trophy for the best goalkeeper in La Liga. When all was said and done Valdes finished second in the Zamora standings behind Thibaut Courtois, but the margin between them was very high, nearly 0.3 goals/game.

Throughout the year Valdes also made seven appearances for La Furia Roja where he kept a clean sheet in four of them. He was a member of the Spanish team that won the 2012 European Championship, but he didn't appear in any of the matches.

Moment of the season: OK, so you could probably make a good case for Valdes' moment of the season being the failed dribble attempt against Di Maria, but I'll keep it positive in this section. Valdes' best game of the season came against Levante in late November. Valdes made four excellent saves in the match, including a penalty kick by José Barkero and the following rebound, three minutes before the final whistle to preserve the clean sheet.

Record with Victor Valdés in the starting lineup: 32-5-7

2013-14 Outlook: Valdes announced that he will not be renewing his Barcelona contract that runs out after the upcoming season. After that shocking piece of news it was rumored that the goalkeeper will look for a new club during this off-season, but now it appears that Valdes will honor his contract until the end. If that will indeed be the case an improvement in Valdes' record should be expected as it hard to imagine Barcelona, with Valdes between the uprights, will allow more goals than this season.

Next up: Jose Manuel Pinto