FC Barcelona will be looking to kick-start their La Liga title defense with a win tomorrow, as they prepare to host Levante at the Camp Nou in Sunday’s early evening kick-off. Despite cruising to a 15-point victory in last season’s title race, the Blaugrana have not been given "prime-time billing"; but that does mean that they can put some early pressure on Carlo Ancelotti and Real Madrid – provided that they secure the three points against Joaquin Caparros’ men.

The good news for Barça and their new head coach Gerardo Martino is that both Lionel Messi and Cesc Fàbregas have been cleared to return to action after they picked up injuries in the latter stages of pre-season, although club captain Carles Puyol is expected to miss another month as he steps up his recovery from a lengthy knee injury.

Will Barcelona Start Slowly, and Could Real Madrid Pounce Early in La Liga? 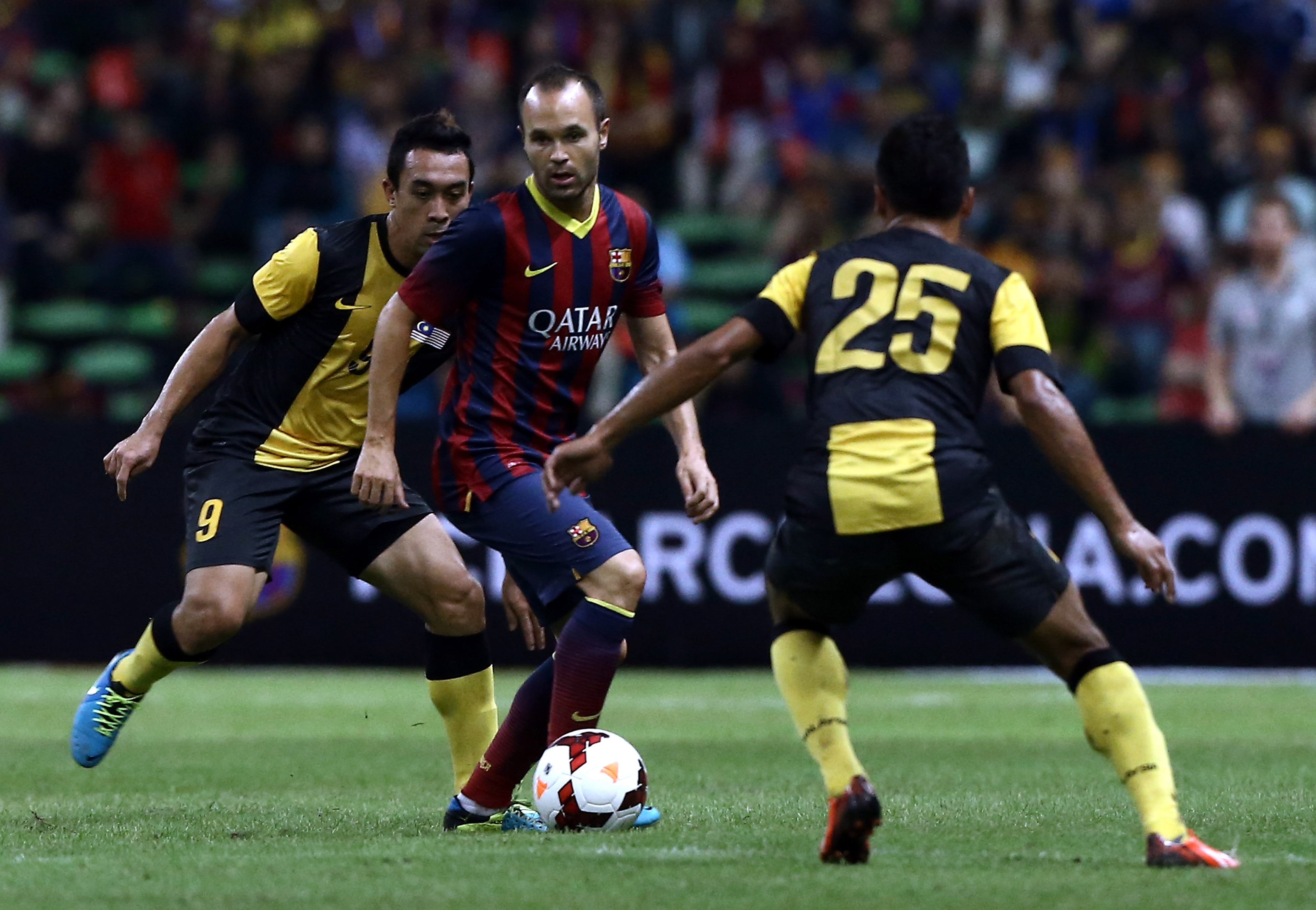 Tito Vilanova's cancer sunk the team emotionally. A new coach comes in unexpectedly to manage in his first year in Europe. Defensive additions will be late if they ever come. The preseason has so far been unkind to the players' fitness. The fixture list is crammed. Will Barca struggle early on?

In spite of Puyol’s injury status, Martino insisted that he is content with his squad – hinting that Barcelona will not conduct any more business in this transfer window. Naturally, the public reaction to this news has been mixed; Barça probably does need to sign a new central defender, but neither the league title nor the UEFA Champions League is won in the first-half of the season – meaning that if needs be Barça can reassess the situation in the January transfer window.

And even if Barcelona haven’t reinforced at the back, there is still every reason to feel optimistic ahead of the new season. After all, the Blaugrana have only lost a few members of last season’s La Liga winning squad – and when all is said and done, the three players who left were hardly regular starters.

With that in mind, let’s take a look at the team news ahead of tomorrow’s game:

As mentioned earlier, Lionel Messi and Cesc Fàbregas have both been cleared to make their respective returns from injury, while Victor Valdés, Dani Alves and Pedro are also in line to start, or at least challenge for a place in Martino’s starting XI despite picking up knocks in the past week or so. Isaac Cuenca and Ibrahim Afellay are both sidelined through injury, although it’s questionable whether either Cuenca or Afellay would challenge for a place in Martino’s squad even if they were fully fit, especially as Sergi Roberto, Martin Montoya, Jonathan dos Santos and Oier Olazábal all missed the cut.

As a result, Barcelona’s likely starting XI is fairly easy to predict – Victor Valdés will start in goal, with Gerard Piqué and Javier Mascherano the most probable central defensive pairing. I suspect that Adriano Correia will start on one side of defense – Dani Alves picked up a slight knock on international duty while Jordi Alba played 90 minutes in Ecuador – the only question is which one will be rested.

Sergio Busquets will start at pivote after a rare week off, with Xavi Hernández likely to occupy one of the two remaining midfield spaces. In Puyol’s absence, Xavi will captain the side – and I suspect that he will be partnered by Cesc Fàbregas, purely because Andrés Iniesta also travelled to Ecuador in midweek.

Lionel Messi is another sure-fire starter, barring an injury setback of course, although it’s anybody’s guess as to who will join the Argentine superstar in the Barça front-three. Cristian Tello is a fringe player, and played a full 90 minutes in Ecuador on Wednesday, so one would assume that he will start on the bench, while there are doubts over the fitness of Neymar. It’s not like the Brazilian is injured, but he did play the full 90 minutes for Brazil in midweek, and after his bout of anaemia, it’s questionable whether he can start twice (or three times, if we count the upcoming Supercopa first-leg against Atletico Madrid) in a week. Alexis Sánchez dazzled for Chile in midweek with two goals and two assists against Iraq – which should be enough to secure his place in the starting XI, leaving Pedro and Neymar to "fight" it out for the last remaining attacking berth.

Following an 11th place finish in last season’s La Liga, it’s been a summer of change at Levante as club captain Sergio Ballesteros left the Granotes, along with eleven other squad members. Notably, first-choice midfielders Vicente Iborra, Michel and Jose Barkero all left for pastures new – and have been replaced at minimal cost by Austrian international Andreas Ivanschitz, former Hannover midfielder Sergio da Silva Pinto and the returning Miguel Pallardo, who spent the second-half of last season on loan at Almeria.

Similarly, Levante have also brought in a whole host of new strikers, having repatriated former Gijon forward David Barral, the Valencia-based outfit also moved to pick up Sevilla striker Baba on loan, along with Cameroonian centre-forward Aloys Nong. However, in spite of these signings, Levante look suspiciously short of firepower, and could find themselves in a real battle to remain in the Primera Division.

A solitary goal from Cesc Fàbregas was enough to secure a valuable three points for a weakened Blaugrana side at the Camp Nou.

Barcelona are virtually unbeatable at home and will be keen to impress in Gerardo Martino’s La Liga debut. I’m going for an optimistic Manita (5-0) to start the season!