We look at what Barcelona players will be focusing in the New Year (probably - this article is just for fun!)

It's a New Year, a great time to look at some of the things that went wrong in the past year, vow to improve them, and then forget about it by mid February.

With that in mind, here are what Barcelona players ought to be thinking about improving:

Victor Valdes: 2013 was a success, as Valdes made good on his New Year's promise to stop passing the ball to Real Madrid as much. For 2014, he will focus on winning lots of trophies so Andres Iniesta will stop crying.

Iniesta: "Will I cry when Valdes leaves? Yeah, no doubt. I tear up easily. Let's hope we win trophies, so he can have a good exit." [arcos]

Martin Montoya: Get a new agent, one who doesn't want him to play for half the teams in Europe not named Barcelona.

Pedro Rodriguez: Two trips to Madrid (against Getafe and Rayo Vallecano), two hat tricks. Now do it against Real Madrid and Atletico Madrid.

Andres Iniesta: Now that he has a new contract, perhaps he will make enough money to not have to work at an electronics store.

Xavi: Win the one trophy that up to this point has escaped him, the one that would truly complete his career.. the Europa League.

Lionel Messi: Reinforce his hamstrings with adamantium. Then win a World Cup single-handed, just like Diego Maradona did (ahem.)

Adriano: There is not enough adamantium in the world to help this poor guy. (Actually, there is none but shhh.)

Neymar: His 2013 resolution was to stop diving, and he certainly did better... but he's making it his 2014 resolution as well.

Jose Manuel Pinto: Play in goal with his hair untied. Use his powerful mane to stop goals. 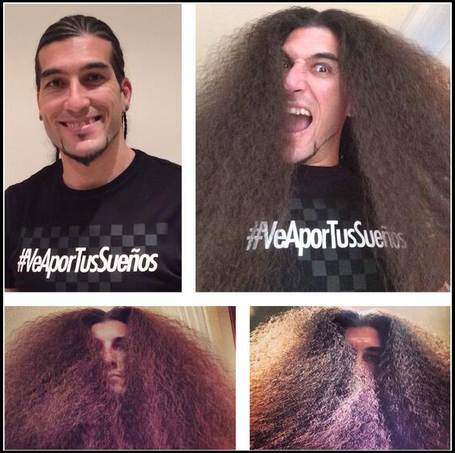 Jordi Alba: Be as adorable on the pitch as he is off it.

Marc Bartra: Play really, really good then get called up to the Spanish national team, Wait he did this already?? OK then. Keep doing that.

Sergi Roberto: Make everyone be suddenly OK with Thiago Alcantara leaving. No pressure.

Cristian Tello: Improve in every facet of his game that is not "run fast and shoot."

Oier Olazabal: Stop getting injured having not played a single minute.

Isaac Cuenca : Become more handsome than Pep Guardiola, and force Pep to say "Isaac is so handsome, I'd want him on my team even if he stays injured forever." On that note, stop getting injured.

Ibrahim Afellay: Finally turn 19 years old, having failed to do so for the past 9 years. (This is why he wears #19.) Also, stop getting injured. 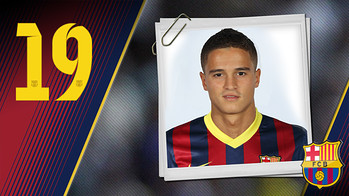 Actually, that's a good resolution for this whole team: STOP GETTING INJURED!