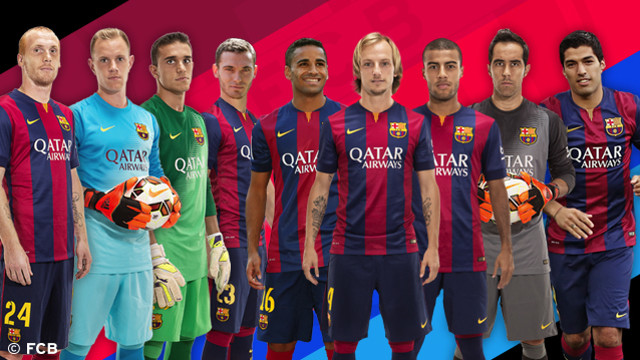 Barca is a victim of wrong management, its own high standards and a bit of bad luck. FC Barcelona has suffered since the departure of Pep who wrote down the glorious period of Barcelona himself. Since then we have tried to adapt but fail. Currently, its like Barca and Real have exchanged places. Real is running its most glorious era and on the other hand Barca is getting twisted in the hurricane of failure. 3 coaches have arrive at Camp Nou in 3 years and that shows are instability but hunger for success too. Nothing lasts forever ! And those glorious days will come back running at us and hug us !

When Luis Enrique arrived, we had big hopes associated to him and wished that he would bring us the same success as Pep. Although it looked possible in the beginning but its becoming hard to believe now. And although i too blame lucho for the failure but i would like to highlight some points which will tell you that Enrique is really trying to get it but in some way the failure meets him in the way. Those are as following:

1. Emplying a system to destroy Buses:

Barcelona faced its starting 9 matches against teams that parked buses. In the past Tata found it hard to cross these buses so Enrique found out a way to score goals against deep lying teams. This was the method of attacking through full back. In this way we attacked with 5 players (3 strikers + 2 fullbacks). Through this the opposition found it hard to stop the attack as it came from 5 players and thus broke the compact formation. We would find spaces and score goals. The midfield would retrieve the ball quickly and then again pass it to the forwards or full backs to start the attack. This tactic was amazing and you can see the result as we scored 5-0 in two matches.

But the problem arose when teams with the same formation as ours faced us and destroyed us. When ever our fullbacks attacked and lose the ball, they would find spaces in the midfield and initiate the counter to score against us. In this way we attacked with 5 but defended their 3 strikers with 3 defenders, resulting in destruction. Our fullbacks were committed so ahead that they could not track back and we conceded.

Study the team, its formation and its tactics before facing them. Lucho needs to create two strategies, one against buses and other one against teams with open football. The strategy against parked buses is successful. The second one however he needs to get figured out. So give him time and let lucho think.

If you may know, these two things are quite interlinked. We are all toooooooooo fed up alves'scrossing. This guy really needs to learn how to do it. Lucho employing the previous strategy as i mentioned trusted alves and let him do the attacking with his useless crosses. Although most of them made us lost our possession, some really worked well and our MESYMAR combo scored goals. Lucho was too fed up with his crossing. So when he saw Suarez giving amazing crosses, he decided to play suarez wide and let him give the crosses. But this project failed too !

Lucho's one eyed blindedness led us to fail the Celta game. Why would you deploy a person on the right wing when he has played three years as a LCF ? Moreover he plays centrally so how can he do the works of a winger ?

Even if you play Suarez on the rightside, play him in the narrow front three formation so at least he can play more centrally. And please tell alves to stop crosses. Does his foot ache playing ball on the ground ? If he cant do this, then please ask him to give low curving crosses that overlaps the defender and meet the forward at the front. Although thats difficult but it is also for his loving of crosses.

So this shows that lucho is still figuring how to play and how to develop tactics. Now that i have disscussed his mind confusions, i would like to give some points of wisdom.

* Play our trident close to each other

* Instead of allowing suarez to roam on the front, allow him to drift towards the center and messi towards the right. Playing them narrowly, messi can cut from the right easily and suarez can show his effectiveness infront of the goal.

*Play Busquets against parked buses and mascherano against 4-3-3 oppositions (its total common sense) or send busquets to undergo his surgery.

No matter how much we lose or play badly, we still turn on the tv and watch Barca. Thats the support our club needs right now. It has been 3 years of our struggles and this will bore the fruit one day. Look at your rivals, at once they were thrashed by Barca every time and they didn't even come close but now they are the reigning champions of Europe. So fortunately the time will turn for us too and we will rise to the top. According to me this is the last year of our struggle and next sesson we will a much better side than now. We have an amazing first class squad and an incredible young talent at our hands ready to conquer the football world. Dont lose hope, we can win trophies. So keep calm and VISCA EL BARCA !

*Against steely teams use one attacking fullback and one defensive fullback.