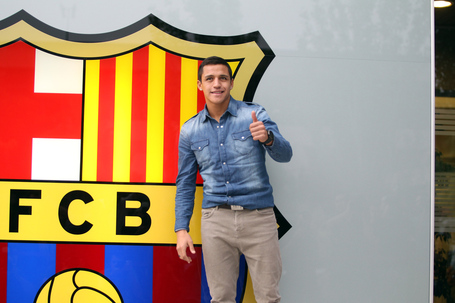 What do these players have in common: Zlatan Ibrahimović, Dmytro Chygrynskiy, David Villa, Alexis Sanchez, and Alexander Song?

No, I am not trying to insult anyone's Barca IQ. It's a rhetorical question and we all know the answer.

All of the above players were bought in the last 5 years in order to fill important positions on our team that our first team players could not do and our youth players were not ready for. The total cost of the transfers for the above players is over 100 million if we take the fees we paid minus the fees we will get back from these players' transfers in to and out of the club.

The next question that could now be asked is how did these transfers work out. We can argue about one or two, but in the majority of cases the answer is not that well. Why? Well in each case there are particular narratives about injuries, bad attitudes, and circumstances; but the trend is too great to dismiss as mere coincidence.

The answer is complex in each case, but in the end I think it boils down to one issue: these players did not "belong" on our club. By belong, I think I can simplistically defined it as this: the transferred player did not go through the La Masia System--the most prestigious football academy in the world.

Players who transfer to our team may face many obstacles that any outsider would. There is a new club, new culture, new playing style and a fraternity of players in the first team squad that grew up together and had their development shaped in such a way that they now have "Barca DNA".

Alexis Sanchez is a very talented player who joined the team at the age of 23, the same age that Marc Bartra is today. He has looked promising, talented, and exciting, but sometimes confused, shackled and inept. But let us not forget what he has accomplished. Though he has been injured at times, and not always in form, he has become the hardest working player on our team and one of the biggest big game players we have. Not only did Alexis score the golazo that could have won the League for us last Saturday, but he also scored three extremely important goals in Classicos against Real even though he was not started in several. 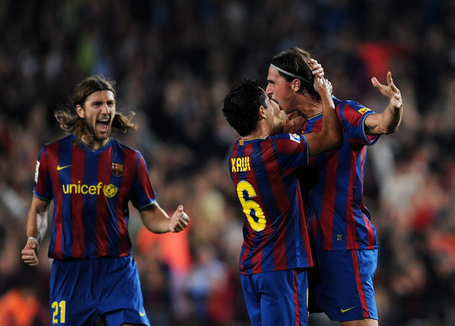 So yes, Sanchez's career like many transfers at Barca has been a mixed bag. He has improved greatly this year but some would argue not enough to warrant a place in our future. Our club puts great value in such promising youth players as Deulofeu and Rafinha and they must also have their chance. Our best youth players should get their opportunity, but I also feel that if Sanchez leaves this summer it would be a mistake at least on our club's part because I think he has earned his spot, and I believe those now at the club including our team's newest member, Louis Enrique, know this to be true.

If Alexis thinks that a move out of the club is best for his future that is his prerogative, but he will leave Barcelona a much better player than he was when he came. For this reason, I believe that accepting a transfer fee significantly less than what we paid is not omly a bad piece of business, but also diminishes this player's value and just further reinforces the idea that any outsider who transfers to Barca will likely put his career in jeopardy.

For a player talented enough to warrant a move to Barca, his stay at the club should be the highlight of his career and not a bitter experience of working hard for three seasons to fit into a club that now rarely embraces outsiders as its own.

For Sanchez and other transfers who were much less successful, I would imagine their experience must have been similar to that of a guest worker or mercenary, hired by the club to do a job for only so long and then dismissed as a failed experiment when found to be less than ideal or when a promising youth player comes along to take his rightful place.

So yes, I am glad that we have a new manager who most so far have embraced because of his pedigree with the club and his no nonsense attitude. He will make the decisions he believes are best for our future. Let's see which possible players he will want to leave or bring to our side in this extremely important transfer window.

But let's also make sure that each player we bring in is a good fit for our team and that each is given a chance to be successful at our club before what was initially viewed as an ideal marriage quickly descends into a bitter divorce. 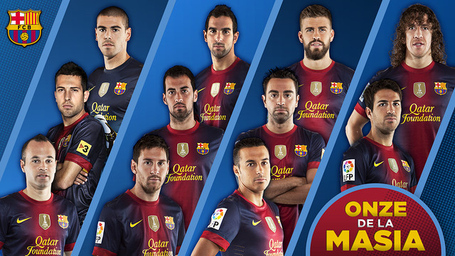 Room for rent in exchange for attacking and defending.

Your stay will be one to three years depending on performance.

If Barca can sell Alexis for 40 Mil this summer, should we do it?