Who is Leo Messi and what does he dream about? The answer, of course, is that very few of us really know, maybe not even those closest to him. You could read Guillem Balague's new biography and maybe get a better idea, but I don't know if that would really tell you the essence of this person. Also, I am too lazy to read a big book about a person I wouldn't really want to have a conversation with anyway even if I spoke perfect Spanish.

The truth is that like all of us there are many sides to an individual, except in Messi's case this truth is complicated by extraordinary orders of magnitude.

All Barca fans love Messi's extraordinary talent and the way he passionately celebrates his goals and for most of us that is enough. Real Madrid's fans are probably equally enthralled with Ronaldo's performance and may be equally excited by his on field celebrations though they can certainly grate on many Barca fans.

So where is the problem? Athletes are athletes. They are there to perform and they don't have to be role models or even be likable individuals in real life. That sounds reasonable, but this is also a naive way of looking at things. Messi and Ronaldo are flesh and blood human beings, but they are also corporate entities. They make millions of dollars by playing on the field, but also almost as much off of it. So an executive working at Messi or Ronaldo Inc. has a much different perspective than a generic Barcelona or Real Fan. Messi Inc. grows by doing many things on and off the field. On the field, Messi must score goals and lots of them, and the more spectacular, the better. Off the field, Messi Inc grows by making corporate and charitable appearances and even as we see in his latest Adidas commercial actually dreaming in front of at least a billion viewers about World Cup Glory. 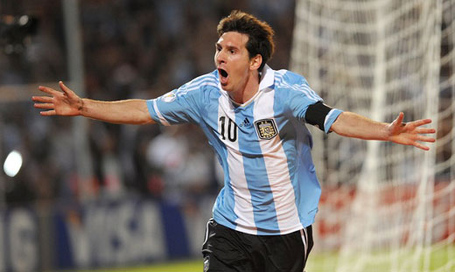 My concern this year and for the future is it will be difficult to get all the Leo Messis to be happy. The team may think it best to have Leo take more of a traditional #10 role making important assists and moving the ball around to make our now somewhat stagnant offense more dynamic. In fact, Messi's best moments for me this year came not from his goals but his assists in which he drew a pack of defenders to him and then slyly played the perfect pass to a teammate heading in space for goal.

But which Messi will be happy with that. Maybe not the private Messi who is extremely competitive and may want nothing more than to overtake his perennial competitor Ronaldo now that the latter has knocked him off his perch. Messi Inc also sees its primary goal to recapture the glamour and profits associated with being the stand out player in world football.

And then there is the Messi in his mortal form, who may struggle with fitness issues for the rest of his career and must be used judiciously to thrive, like a Lamborghini that can drive like no other car, but is also more susceptible to break down and maintenance issues. For this reason, an all out battle for the Puchici and the Ballon d'or with his great competitor might be fun for Barca fans, but might in the end cut Messi's future productivity for the rest of his career.

So given all of the above complexities and questions should Messi have been sold? The answer, of course, is no. He is still a great player and may end up having amazing seasons for the next five years and help lead our club to a new dynasty, but this time as a somewhat different type of player. But make no mistake, our #10 is still for millions primarily a celebrity, one of only a handful of faces instantly recognized in every country around the world, and for that reason he is a great asset for our club but may in the future also become an equally great liability. 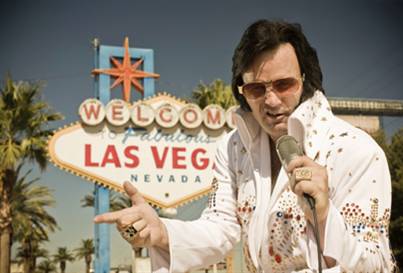 There once was a talented and handsome American singer from Mississippi who almost instantly caught the public's fascination. Unfortunately, his manager Colonel Parker looked at this young man primarily as a money machine and made him do many things that were not in his long term interest both as a person and as a performer.

So will Messi be the new Elvis-- become an out of shape player in a few years who more resembles an older Diego Maradona than the La Pulga we all have come to love? Hopefully not, but sometimes even unfair exaggeration can illustrate important concerns and truths.

So what does Messi really dream about at night? Maybe it is that things could just go back to the way they used to be and he could just be another player doing what he loved before things got so damn complicated. 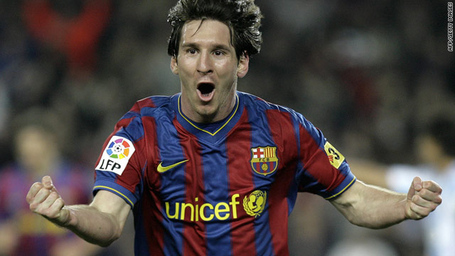 Awesome Video: The Messi we wish we could see forever: Messi Is a Dog

And Remember What DOG Spelled Backwards Is

Link: And Some Dogs Don't !

Do you think Messi's World Cup will effect his performance at Barca?