It's official: Alexis Sanchez is gone, Arsenal is his destination and with Luis Suarez edging ever closer to the Camp Nou, FC Barcelona "2.0" is beginning to take shape under Luis Enrique

Share All sharing options for: FC Barcelona Look To The Future With The Sale Of Alexis Sanchez

On Thursday, FC Barcelona said goodbye to one of their best players from last season, as they announced the deal that the world already knew was done: Alexis Sánchez has left Catalunya for the English Premier League having put to pen to paper on a long-term deal with Arsenal FC. Details are scarce, but as reported earlier, Barça Blaugranes have confirmation that the fee is in the region of €40 million – higher than some media outlets previously anticipated.

At face value, this has been one of Andoni Zubizarreta’s most divisive decisions as Sporting Director; forget the sale of David Villa, and the continued hesitance to sign a central defender, most Culés were finally warming to Sánchez after a rocky start to his career at the Camp Nou and will be sad to see him depart. However, while this is a time to celebrate Alexis’ achievements with the club, Culés would be wise to look to the future. 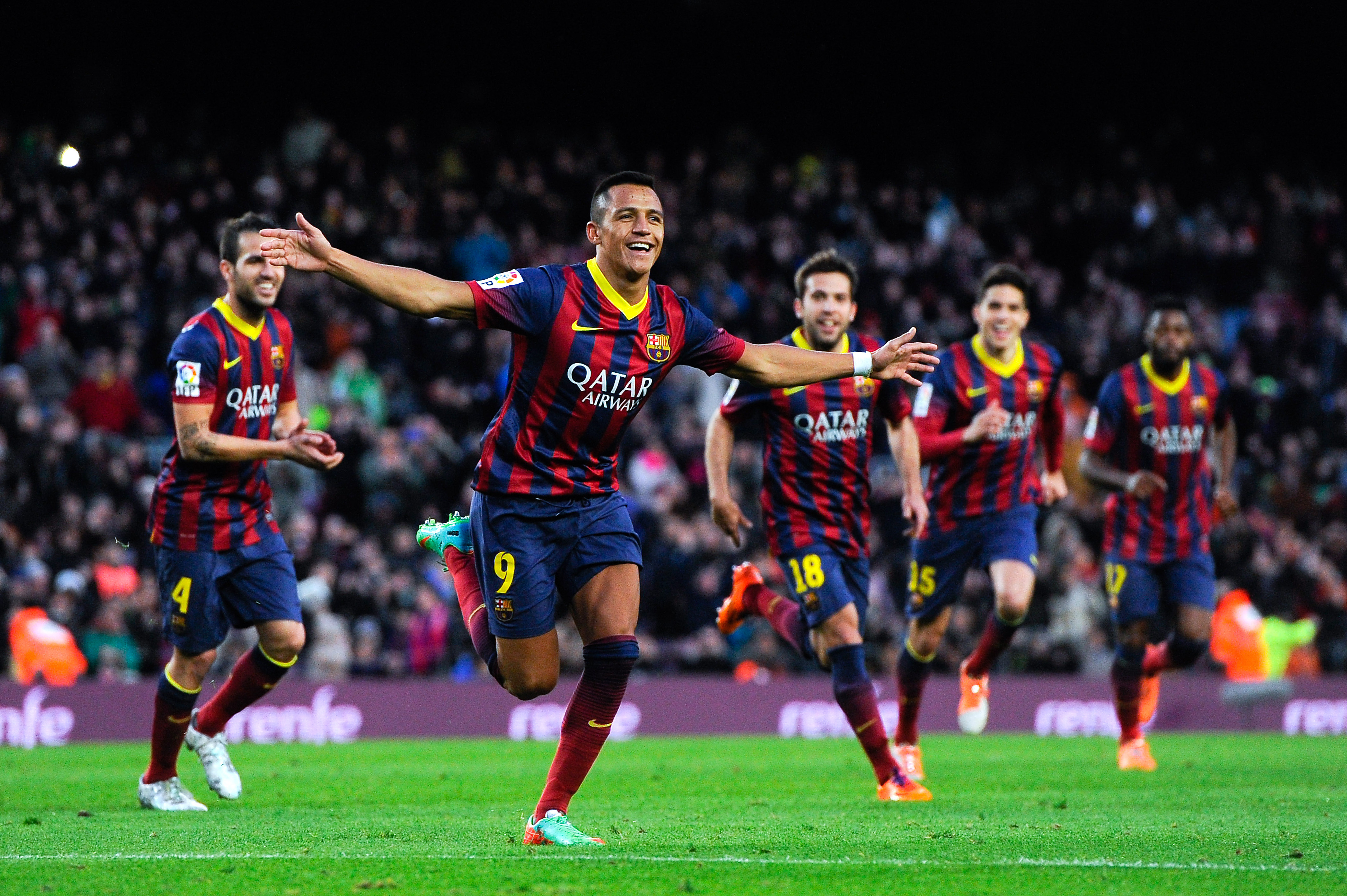 In due course, FC Barcelona will announce the signing of Luis Suarez, with Barça Blaugranes again reporting that the final fee will be in the region of €70 million. If you can look past his recent transgressions, Suarez has the potential to be a real "game-changer" for the club – just look at his record for Liverpool FC; the Uruguayan was the driving force behind their recent title challenge, their first such challenge in five long years.

Lest we forget, Suarez forged his reputation as a proven goalscorer at AFC Ajax, a club with a comparable playing style to the Blaugrana. If not for his recent ban, the signing of Luis Suarez would have been met with genuine enthusiasm – it would be naive to deny Suarez’ quality because of his unpredictable temperament.

And with the sale of Sánchez, Barcelona have presented an opportunity to some of La Masia’s brightest prospects, while acknowledging the quality of their current crop of home-grown stars.

The decision to sell Alexis ahead of Pedro has been met with criticism, but Pedro embodies the spirit of the club: selfless, hard-working, yet ruthless – a world-class player who will be content to stay at Barça, even without a guaranteed berth in the line-up. Meanwhile, Gerard Deulofeu will be rubbing his hands together in anticipation of the new season, knowing that his path to the first team is a little clearer than it was 24 hours ago.

FC Barcelona 2.0 is beginning to take shape and I for one, am getting excited.