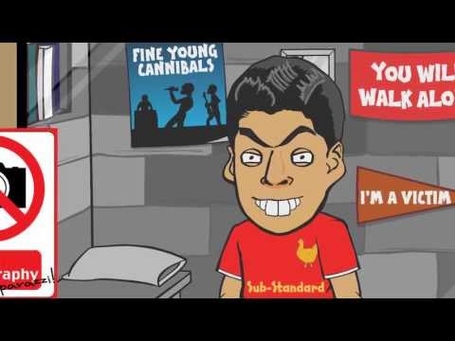 As soon as I saw Suarez's public Twitter apology, I knew that our club was in DEFCON 3 PR mode to rehabilitate our number one transfer target's reputation so we can sign him as soon as possible. Barca will have to make a case to its fans and other interested parties of the Uruguayan's redeeming qualities, which we will learn much more of once the World Cup is over. This may also play a key role in shortening this player's FIFA ban, which our lawyers currently hard at work on our transfer ban will also soon take up. Since much of this public relations campaign will be won on moral and religious grounds, let's see where the club might make the best impression. 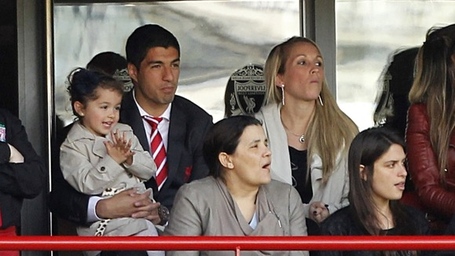 According to tradition, The Seven Virtues that serve as guidance for all moral behavior are:

1) Chastity: To be honest with oneself, one's family, one's friends, and to all of humanity. This could work. Luis seems like a devoted family man, and didn't the guy just apologized to just about everyone.

3) Charity: Some organization may get a big time gift soon from you know who. Hint: Its name is on our shirt and it doesn't have the word Qatar in it. Let's just say it starts with U and eNds In CEF) 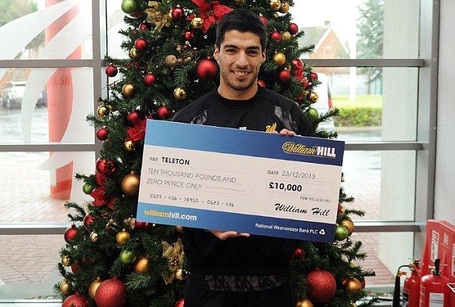 4) Diligence: having tenacity and a decisive work ethic. No one can deny that Luis always puts 100% into everything he does. He can even play multiple positions in attack and almost single handedly won the EPL title for Liverpool. Furthermore, the word tenacity itself is derived from the French word ténacité, meaning holding fast, gripping, clingy, and firm as Luis' new Twitter buddy Giorgio Chiellini can certainly now attest.

5) Patience: He is going to sit out from football for four months. If that is not patience, then I don't know what is?

7) Humility: Only a humble man can admit that he is imperfect. Let those without sin cast the first stone! 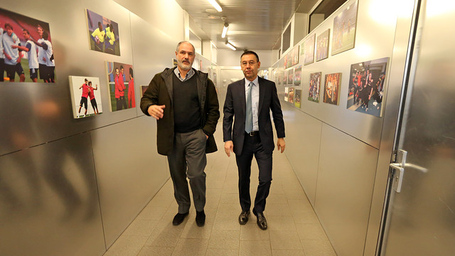 "Suárez has shown he is humble (7) enough to admit an error, which is very important," he told reporters. "He has been humble enough to apologize to those he has affected (1) , because it happened in the middle of a festival of football. In this case it’s the best thing a person can do (6). Everyone knows that Luis is an excellent player, everyone knows last season he played in various positions in attack (4), but everyone also knows that he is a Liverpool player (6)".

And Now this Impassioned Plea from President Josep Maria Bartomeu:

"Suárez is a Liverpool FC player (6). He is not one of our players, so I can't comment on him too much.. What I will say is: I think it's very important that he apologized (1) . It's honorable for a person to admit he's wrong when he makes mistakes (7). I understand that things can happen in the heat of competition, but it's important to his career (4), whether it's at Liverpool or anywhere else, it's important for him to admit that he was wrong and apologize. I'm happy for him (6)". 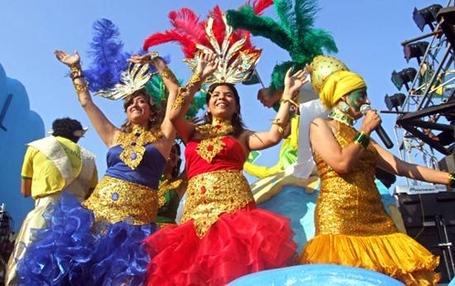 Conclusion: Like the Brazilian tradition of Mardi Gras, which allows for sinful behavior prior to the practice of lent, Suarez's latest infraction merely sets up the period of virtue and redemption he will enjoy as a Blaugrana.

Also, any man who wants to win that badly and is so in touch with his own feelings can't be all that bad!

Video: Luis has a Soft Side Too

Question: One of our own players (not one from Liverpool) has also apologized publically for an on field mistake at the World Cup. Why no props from Zubi or Bartomeu for that? Isn't it more important to show support for one of your own players than another not at our club? 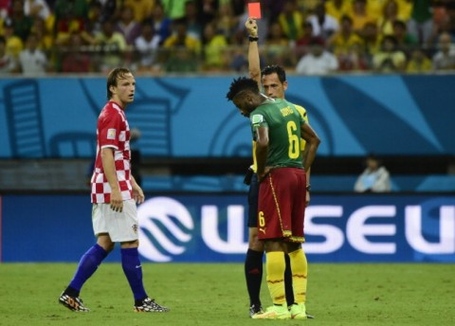 Hey Zubi: Is that Ivan Rakitić with his new Barca teammate?

Zubi: I don't recognize the guy in green, but he looks like he would make an excellent CB for another club.

Who Should our Club try to Redeem Next?