Is Neymar Jr.'s Status as a Starter in Jeopardy?

Will the coaching change mean the bench for Neymar?

Share All sharing options for: Is Neymar Jr.'s Status as a Starter in Jeopardy?

With the arrival of Luis Enrique as Barcelona's manager, many believed and expected a change of direction moving forward. Not only in the squad, but in the scheme. Lucho wanted new guys who can play different ways that will allow him to put more versatility into Barça's tiki-taka.

And then there's Neymar. The Brazilian had a decent season last year, that earned him a starter status under Tata Martino. It's undeniable, though, that Neymar's best tenure as a Blaugrana came in the two months Lionel Messi was injured. It was only the first season, but the two clearly needed to figure out how to work together. Now, with Enrique as the boss, is Neymar's status as a starter in trouble?

Consider Javier Mascherano's spectacular World Cup performance as a defensive midfielder. Lucho has already said he wants to use the Argentine in that position -- that's why he wanted a center-back so much. It's unclear whether he plans to use Masche as a backup to Sergio Busquets or as a starter alongside him, in a double-DM formation. If you imagine Barça's starting lineup with Andrés Iniesta, Rakitic, Messi, Neymar and Luis Suárez up front, the most logical guy to come out for Mascherano is Neymar. Barça would play in a more standard, balanced 4-4-2 scheme, that would make the team stronger defensively -- while not losing the aggressive passing identity. 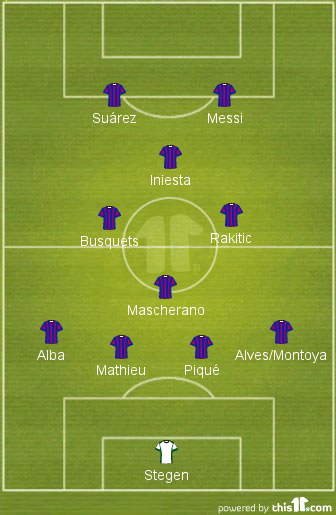 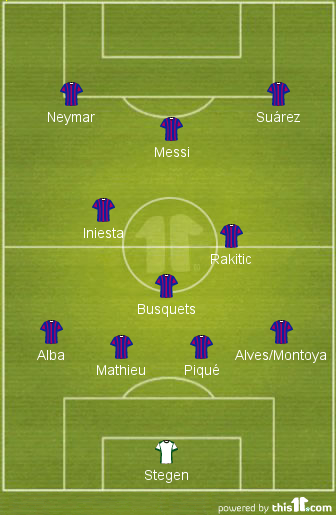 Putting Mascherano in the starting lineup would give Busquets more freedom to help Rakitic and Iniesta in the creation department. Sergio is already a great passer away from the box. With Masche behind him, he could get closer to the goal and help the team's passing and shooting.

We could actually see that formation even with Neymar, since Luis Suárez won't play until November. But if that scheme works well, what happens when Luisito enters the squad? Who's coming off, Neymar or Mascherano?

Luis Enrique has some interesting decisions to make tactically. At least he has more options and better cards to play with, something that Barça didn't have before. It remains to be seen whether or not Neymar's starting job is in trouble. The August friendlies will give us a more clear idea.