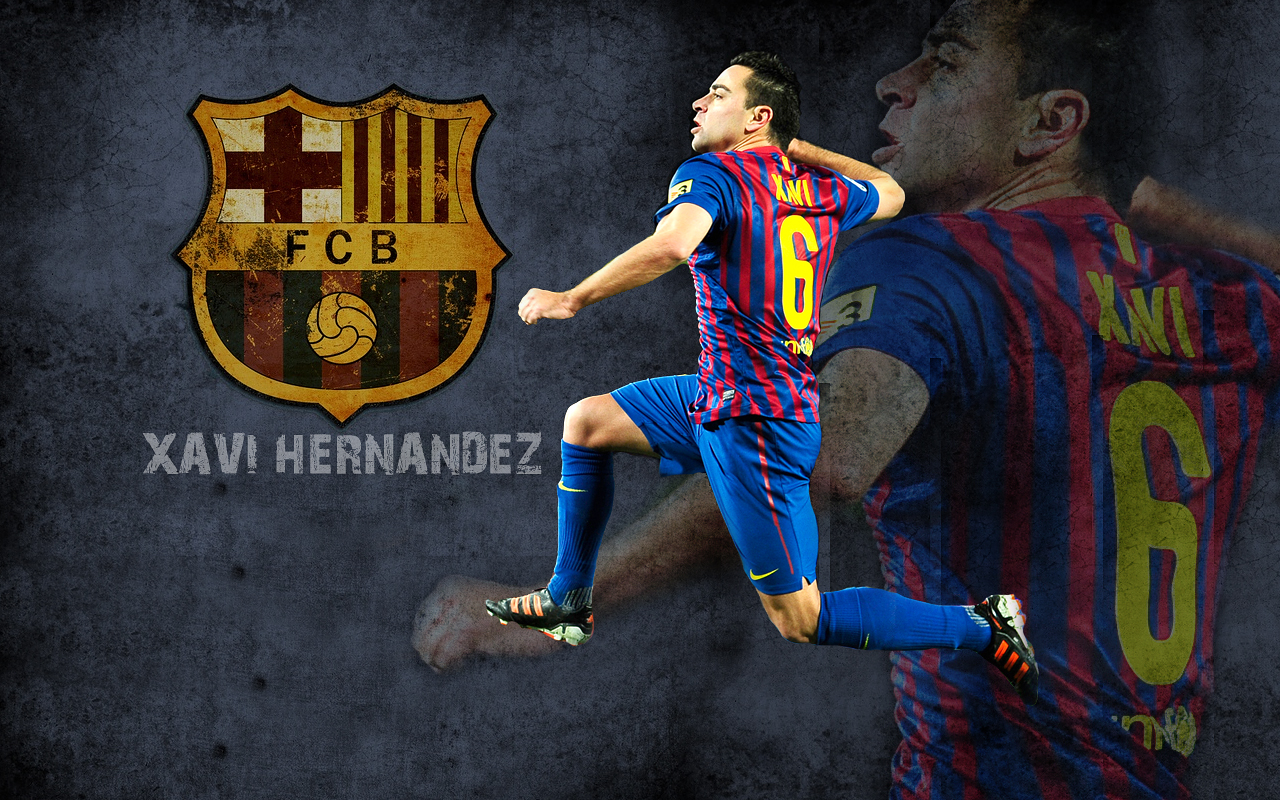 So whats the very first tactical flaw everyone has been pointing out in every match whether won or lost ? The poor form and disorganization of our midfield. Allthough its quite better than before, but it still needs to be fixed. Midfield is like the heart of every team. It ensures that everything is properly moved. Linking the defence and attack is its major trait. And this was the very thing in Barca's prime hrough which made everyone's jaw drop, even our own cules. But now even our defence is better than midfield. So whats missing ? Lets take it step by step.

Guardiola established a BERMUDA TRIANGLE of Xavi-Busquets-Iniesta. It ruled over the world and won every known trophy to them. It even helped after guardiola left. But an enemy came and hindered the progress of xavi, name is AGE. Xavi gradually began to leave his prime years behind him. And it caused Barca a lot of problems. Obviously how can you replace Xavi ? In the transfer window, we bought Ivan Rakitic to help us with the last year midfield crisis. The Croatian seemed to be pretty good at the beginning and seemed to fit in the system quickly. But after the loss to PSG, Rakitic never quite stood up again. And its not entirely his fault, he has signed for a club which plays the most tough style of play compared to others and a manager who wants to make him do things against his nature of play. Moreover he is primarily a LCM and is constantly forced to play as a RCM. But i'm quite optimistic that he will gel well enough in our midfield even if it takes a year and i'll be happy because there's no one at Barca capable of scoring ROCKETICS. Don Andres will regress someday and in Rakitic we have pretty good heir.

Actually we need a person like Xavi who orchestrates every movement in the midfield. We need a midfielder who is a pure CM, neither ACM nor DCM. Someone who holds on to the ball and provides soothness in our passing. More or less, nothing less than xavi. So we,ll take a look at the potential suitors who can replace Xavi (at least try):-

We have one hell of an academy to produce young talent. And it has lived up to its hype by giving us the best player of our generation, Messi. It is still producing young prospects ready to take the next step towards first team. There are some good midfielders around like Alen Halilovic, .Denis Suarez and Rafinha. But can they fill in Xavi's boots ? For me Rafinha is clearly not for a Xavi's Role as he doesn't like to play at right side. So lets study Halilovic and Denis and check out that can they enlighten our future.

Denis Suarez is a 20 year old youngster currently at loan at Sevilla. He was given the task to play with the standards set by midfielder of the season and frankly he has done quite well. He has become the focal point of Sevilla's football and has established first team spot for himself. He like to dribble and take set pieces with key passes his speciality. But his passing and defensive contribution is a little low. Moreover he like to play on the left side of the pitch.

According to me,with his potential traits, he can excel at iniesta's role and secure our future for the LCM spot. But can be moulded for RCM too.

Alen Halilovic is a 18 year old prospect recently bought to play for Barca. He has something of a messi's touch in his football. You can see his ball movement, cutting and dribbling which is quite messi-esque. He has already played for Croatian National Team and is extremely talented. But the most favourable thing for him to be a RCM is that he is left footed. He is great at dribbling, cutting and keypasses. Moreover he has senior team experience at his hands and played quite well in the preseason. I hope that halilovic gets dissolves in Barca's philosophy and breaks for the Senior team next season. Beacause i really expect that one day he can fill xavi's shoes and solve our problems.

Although we are on a transfer ban but we must go with this person by at least registering him. He is often called a "an old fashioned playmaker with huge technical abilities". He rose prominence last season with his amazing heroics when he scored 6 goals and numerous assists. The biggest highlight of his last season was when he scored a solo goal against ac milan in 2-0 win where he went past three defenders all using netmegs. He also scored a 70 yard goal against manchester united.

He is excellent at passing, key passes and through balls which is quite good for midfielder we want as a xavi. He likes to dribble and play short passes rather than giving long passes. He likes to shoot from distance and is exceptionally good at taking freekicks. His turns, movements and cutting with ball is somewhat Xavi-Esque. AS Roma plays a similar formation to ours,4-3-3,where Pjanic is placed on the right side of the midfield, similar to Xavi's position. His passing accuracy has been astonishingly upto Barca standards with 92%. He has scored 3 goals this season with 5 assists up his pockets.

Mostly referred to as the cule choice of Xavi's replacement. Ilkay Gundogan is a German footballer who plays at Borossia Dortmund. Aged 24, he is gonna reach is prime in about 2 years. With Marco Reus catching the most headlines, it is actually Gundogan who is the actual force behind Dortmund's midfield. He is the real orchestrator behind Dortmund's play and has marked his comeback in a dortmund's match a couple of weeks in an effective manner. He was, in real, back to his best and did not look rusty or any that kind of thing. He is good at passing and dribbling. Loves to shoot from distance but lacks the tackling against opposition. Morover the long balls are quite accurate, has great vision and his turning with the ball is great. He has 2 goals and 2 assists in this season with 83% passing ratio. In short, he is a great package in a midfielder but the style of play played by Dortmund is the actual block in the way. Their counter attacking philosophy might be helpful for us now as we ourselves are playing a brand of counter attacking these days. So if bought, time for settlement might not be more of an issue.

Perhaps the most luckiest midfielder on earth currently is this guy. Hinted to be the replacement of the world's best midfielder by the midfielder himself is a pretty lucky thing to get excited about. Koke's a 22 aged Spanish midfielder who plays for Atletico Madrid currently. There was a great speculation around the masses that the 70 million rated midfielder will move to Barcelona but the move collapsed later. The midfielder confessed himself about this rumor. Although the move seems to be wrongly blocked now, actually the problem of spending more than our earning was the actual hindrance in our way. We spended 140 million without koke. Imagine Koke's moving to Barcelona for 60 million at least, we would have spended 190 million, clearly leading to another harsh ban by FFP to the club. However we'll discuss the traits which makes him the XAVI's replacement.

The most complete midfilder of all the candidates above mentioned. According to whoscored.com, koke has no significant weaknesses in his play. His crossing and key passes are very strong. Other strengths include passing, through balls and holding on to the ball. Plus his defensive contribution is also his key trait. He was the main force behind Atletico Madrid's la liga triumph last year. In this particular season he has 8 assists in La Liga currently. Has scored one goal this season and possesses 77% passing accuracy. He can play anywhere in the midfield, left or right, and loves to shoot from distance.

So these are the best candidates for Xavi's role according to me. Marco Reus has not been discussed because he is a pure ACM and Barca plays a 4-3-3, something which will ask more defensive duty from Reus and his track record with injuries is something not very good. Moreover, even if we give him the iniesta role, then what about iniesta ? He is'nt near retirement and has a lot to offer. You surely can't bench any of the two.

Realistically, it is possible that Barca will surely need a midfielder after 2 years. Currently we have midfield squad of Busquets-Mascherano,Xavi-Roberto-Rakitic-Rafinha-Iniesta. Xavi will surely retire after two years even if his contract is extended for one season and with Iniesta surely past his prime at 33 after 2 years we would be needing a midfielder. Capitalising on Borossia's form currently, we can register Gundogan and loan him till the end of next season. Pjanic is not on the transfer wish list this season, so maybe we can grab him next season. My choice would be to certainly sell Roberto and then promote Denis and Halilovic to form a midfield squad consisting of (Pjanic/Koke/Gundogan-Rakitic-Iniesta-Rafinha-Denis Suarez-Halilovic). Whether he is from the academy or bought from outside the academy, we would need a Xavi replacement or failure will haunt us.